Students of National University in our country oftentimes look for the details of NU grading system GPA. The authority of National University follows the British undergraduate degree classification system to calculate the GPA of any student. So if you can know the system of calculating your GPA or CGPA then it will be better for you to verify whether your grade is correct or not.

In this article, we are going to discuss everything about your NU Grading System GPA. We will also discuss other related factors in this regard. So keep reading this post if you want to know more.

You all know that the result of your exams in any year is published on the NU grading system. So you all should know how the grading system works and how to calculate it. When the authority of the National University publishes your results in the grading system, they calculate it by following the British undergraduate degree classification system that we have already informed you. In the later part of this article, we will provide an example so that you will understand it better.

What is NU CGPA?

According to the British undergraduate degree classification system, the NU Class Grading System is provided to the students. In this system, if a student gets the NU academic

CGPA from 3.00 to 4.00 then his or her class will be first class. If the student gets NU academic

“National University Grading System” This post can be helpful for understanding how to exam papers shall be considered the basis of the marks.

You will understand the whole system of calculating NU GPA and CGPA if you have a look at the below image. So to understand it clearly, you have to check the details below:

In this section of the National University GPA/CGPA Calculator, we would like to say you something. If you use the above method in calculating your GPA or CGPA, you will get your exact result. This is how the NU GPA/CGPA Calculator works.

We have clearly explained everything regarding your NU Grading System GPA. We hope that you have understood every part of this article and will be able to calculate your GPA or CGPA for your National University result. 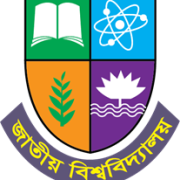 National University, Bangladesh is a parent university of Bangladesh that was established by an Act of Parliament as an affiliating University of the country to impart graduate and post-graduate level education to the students through its affiliated colleges and professional institutions throughout the country.